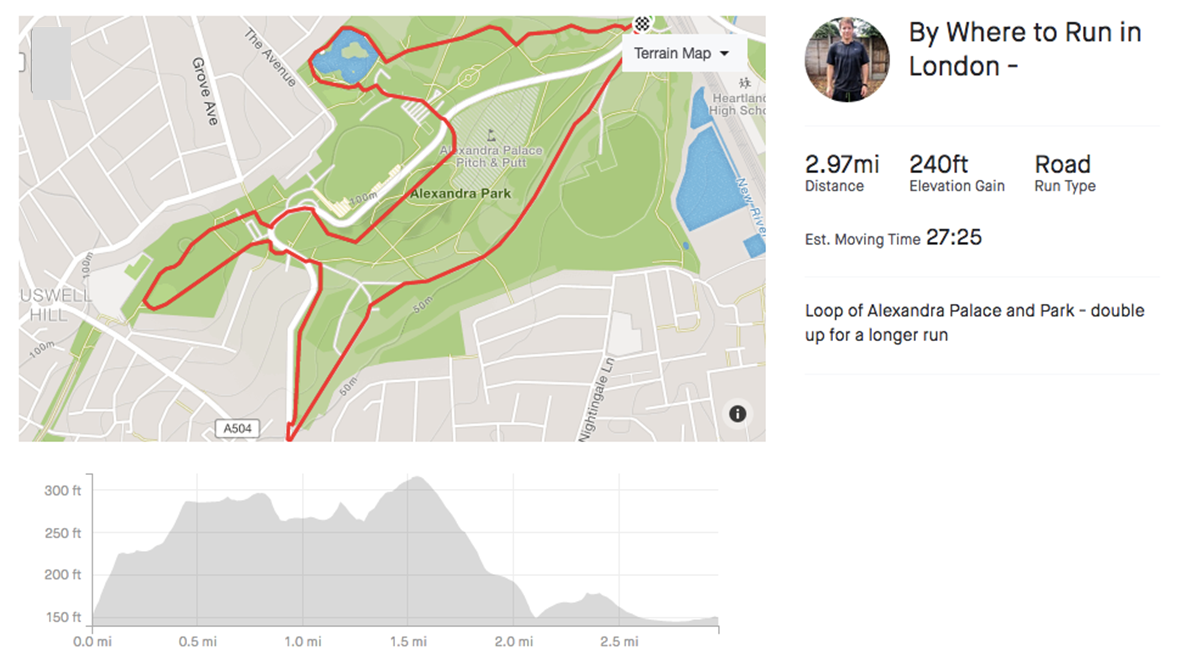 Situated less than 7 miles north of Central London, Alexandra Park offers undulating terrain mixing woodland, open grassland and formal gardens. The park is dominated by Alexandra Palace or “Ally Pally” as it is affectionately known which opened in 1873 as a Victorian “people’s palace” and was home to the world’s first television broadcast in 1936. The park boasts stunning panoramic views of London’s skyline and offers a mix of other attractions. 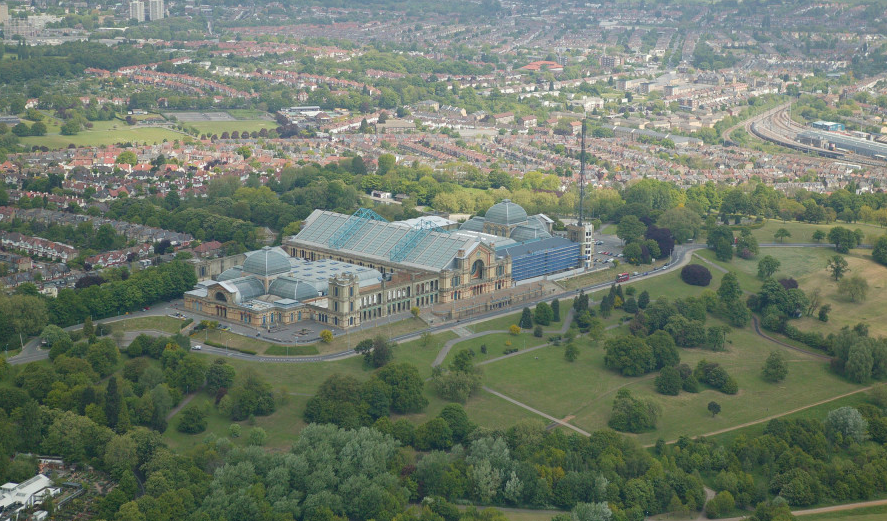 Starting on the north side of the Park near the Alexandra Palace Rail Station follows the outskirts of the park in an anti-clockwise direction towards and around the Boating Lake, then following the footpath across the front of the Palace.

Loop past and around the Grove Café, back into the main area of the park and around the southern and eastern sides of the park. The loop is quite short, so double up to increase the mileage or tag more on to finish on the front steps of the Palace.

Alexandra Park is open 24 hours a day. It’s recommended not to run in the park when it’s dark for safety reasons.

The nearest London Underground station is Wood Green on the Piccadilly Line. It’s 0.6 miles to the park.

There are several car parks and 1500 free parking spaces, but it’s recommended to use public transport. The Sat Nav postcode is N22 7AY.

Grove Café – a small Italian kiosk situated on the north-west of the park. Open Tuesday to Sunday from 9 am to 4.30pm

Phoenix Bar & Kitchen – located at Ally Pally offering a pub menu and drinks and outdoor seating overlooking the City. Open every day from 11 am to 11 pm.

There is a weekly Farmers Market on Sunday between 10 am and 3 pm off Muswell Hill at the southern tip of the park.