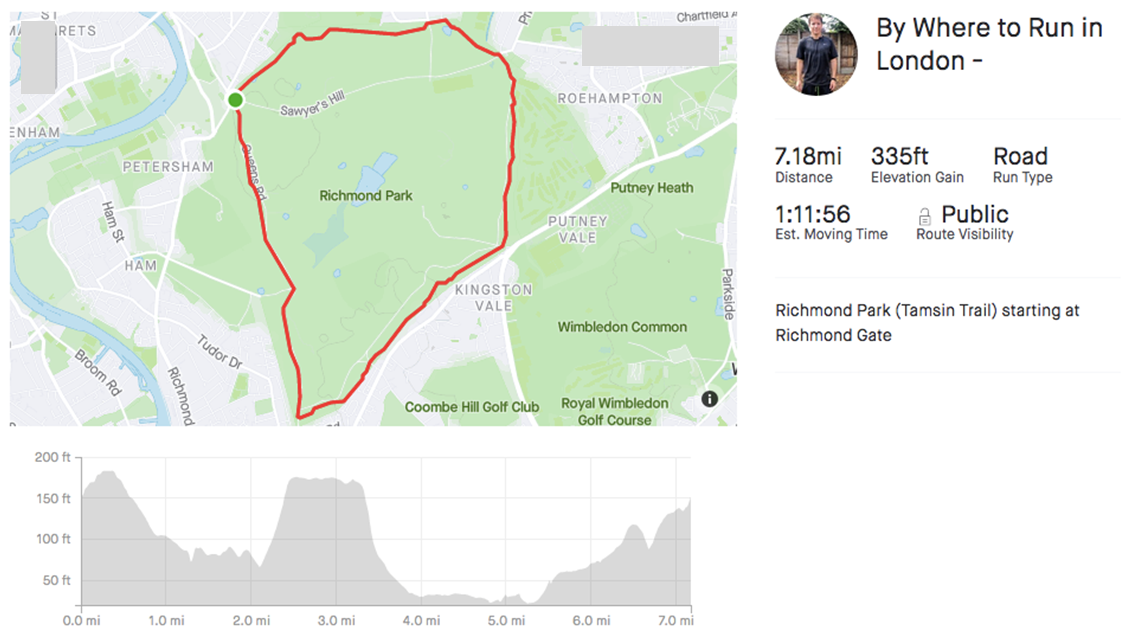 The largest of the eight London’s Royal Parks measuring 3.69 square miles (955 hectares or 2,360 acres) and south-west London’s favoured exercise spot. Also popular with cyclists which outnumber the cars most of the time.

The Tamsin Trail is the 7.2 miles route around the outskirts of the park with a mix of surfaces and a few challenging hills.

The trail links all the gated entrances to the park Roehampton Gate, Robin Hood Gate, Kingston Gate, Ham Gate, Richmond Gate and East Sheen Gate so can be started from any of them. This route starts at the Richmond Gate.

The question is – do you go clockwise or anti-clockwise. Another way of putting it, turn left or right when you enter the park.

Broomfield Hill is the steepest hill in the park and you will go up it if you go clockwise/left. There are hills if you go anti-clockwise/right, but they are less intense.

The ever-popular location offers views of the city of London and Thames Valley via King Henry’s Mound and great opportunities the see the local inhabitants, the 600 or so Red and Fallow deer that roam freely around the park. Don’t approach or feed the deer.

There are two cafes along the trail near the Roehampton Gate and Pembroke Lodge (between the Richmond and Ham Gates) with cafes, toilets and water fountains/water available.

The National Cycle Route 4 cuts through the middle of the park and can be used to create shorter circuits if required. 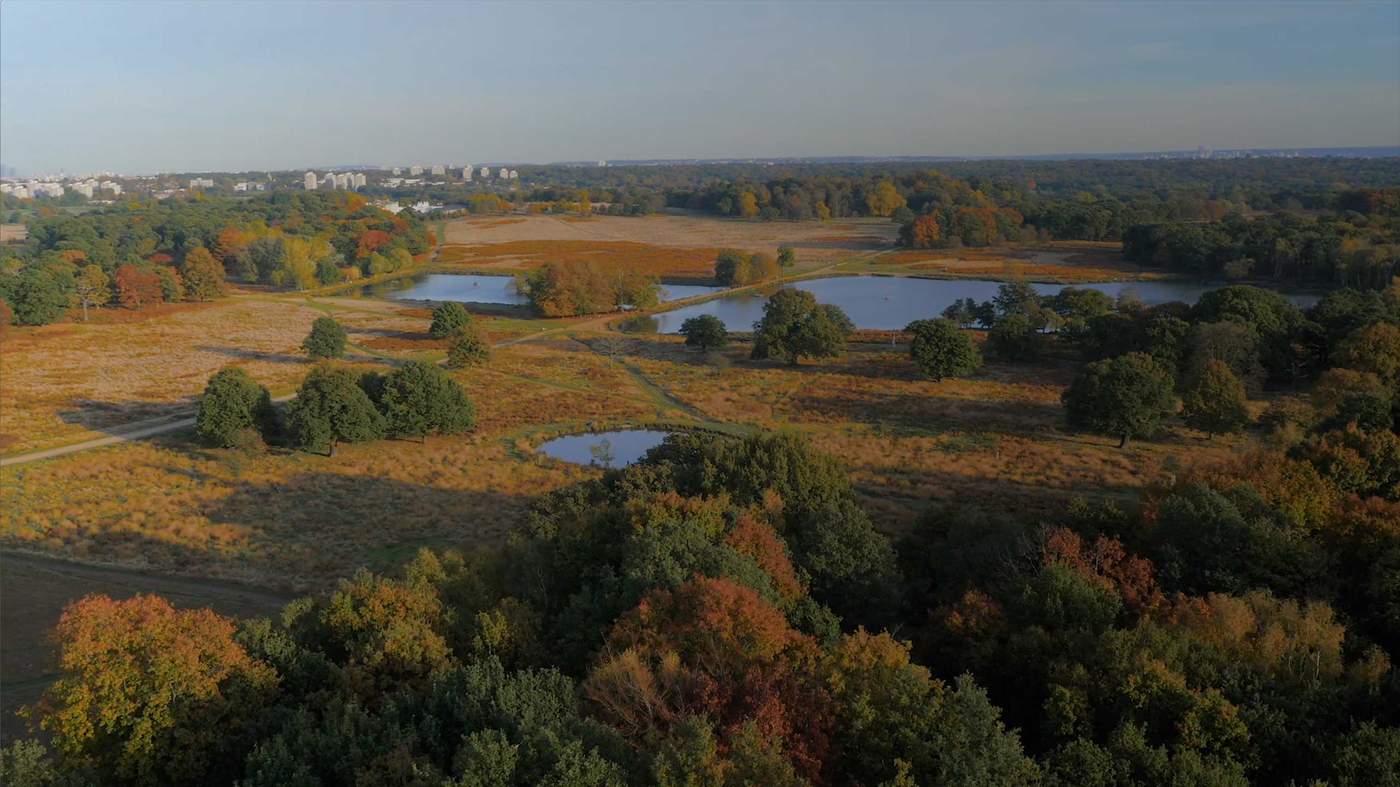 Richmond Park is open to vehicles from 7:00 am in the summer and 7:30 am in the winter. Vehicle gates close at dusk all year round.

Pedestrian gates are open 24 hours except during the deer cull in November and February. During these months, pedestrian gates open at 7:30 am and close at 8:00 pm. 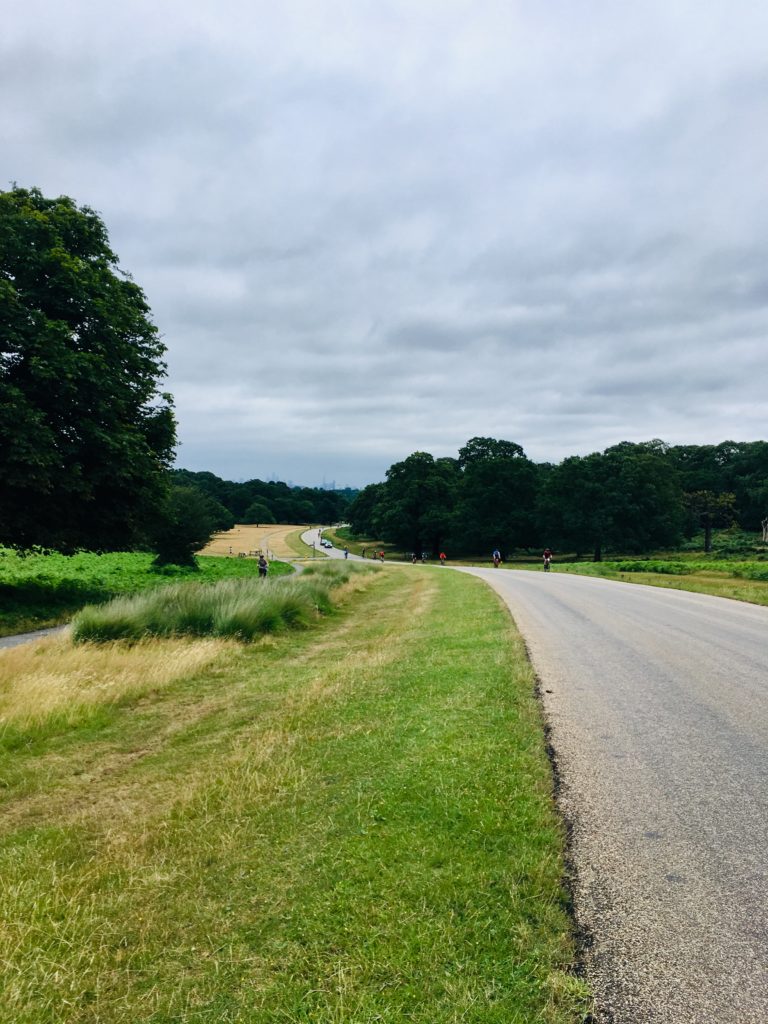 There are no ideally located train stations. Below are the times from London and the distance to the park

1.2 miles from the train station to Richmond Gate

0.8 miles from the train station to Sheen Gate

0.9 miles from the train station to Kingston Gate

Bikes (adult and children’s) are available to hire via Parkcycle with is located next to the Roehampton Café near the Roehampton Gate, so you can go for a run while the family cycles.