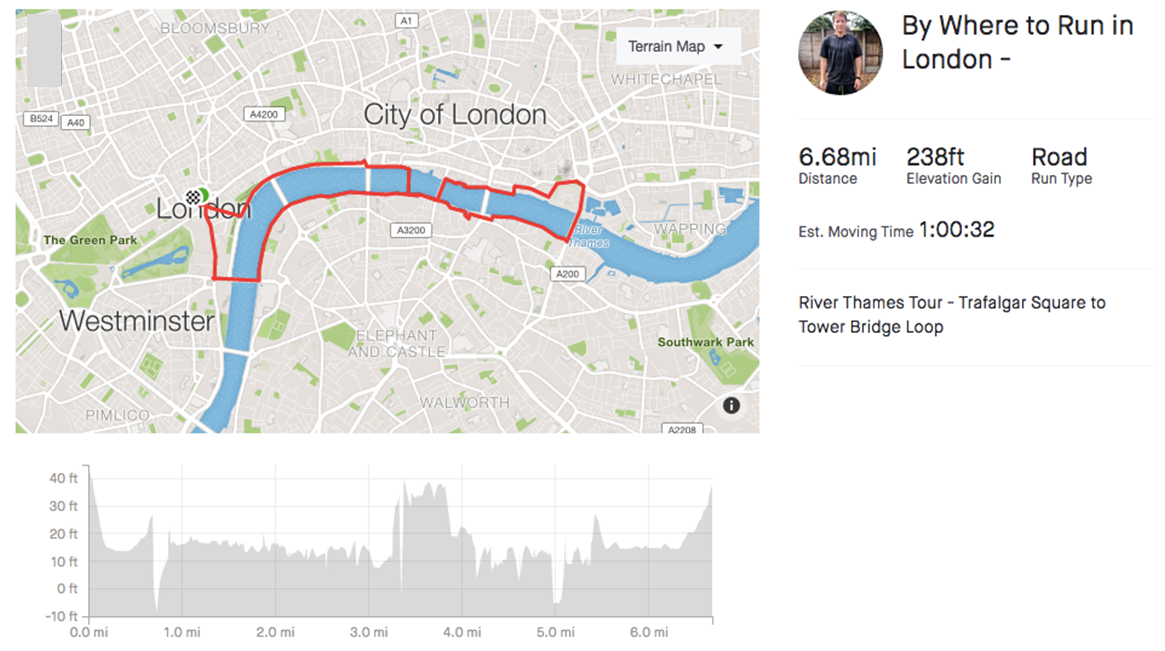 The classic running route for any city is running along the river creating a loop between the river’s bridges.

Running in a city is a great way to get out, see the city when it’s a little quieter and take in a few sights when not surrounded by tourists. You also can’t beat the feeling of being up and at it while the city still sleeps.

The North Side vs. The South Side 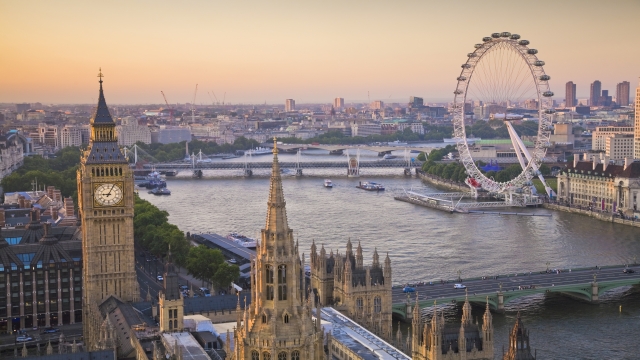 The South side (South Bank) of the river lends itself to running much more than the North side.

The South Bank has wide pedestrian paths that run along the River Thames (except for a few hundred metres) from Westminster Bridge to Tower Bridge with no traffic.

Due to the development along the North side, there are several areas where the route moves away from the Thames and sends you up and down some very non-descript streets for you to continue along the river.

Whilst loops are always preferable to run, the North side is just not as pretty or accessible and the South Bank, so you could run up and down the South Bank if to don’t mind the out and back aspect of it.

The loop is a little complicated, as you have to leave the riverside a few times, but a bit of common sense and with a sense of direction, you’ll find your way.

The South Bank, in particular, gets very busy. It’s a major pedestrian thoroughfare through the city.

If you want to run this route and avoid constantly dodging other pedestrians and tourists, run before 9 am. Be warned – on a summer’s day, it can be almost impossible (and definitely not enjoyable) to run on the South Bank. It can still be busy at night, although much less so than in the day as most punters are eating and drinking in the many restaurants, bars and pubs. 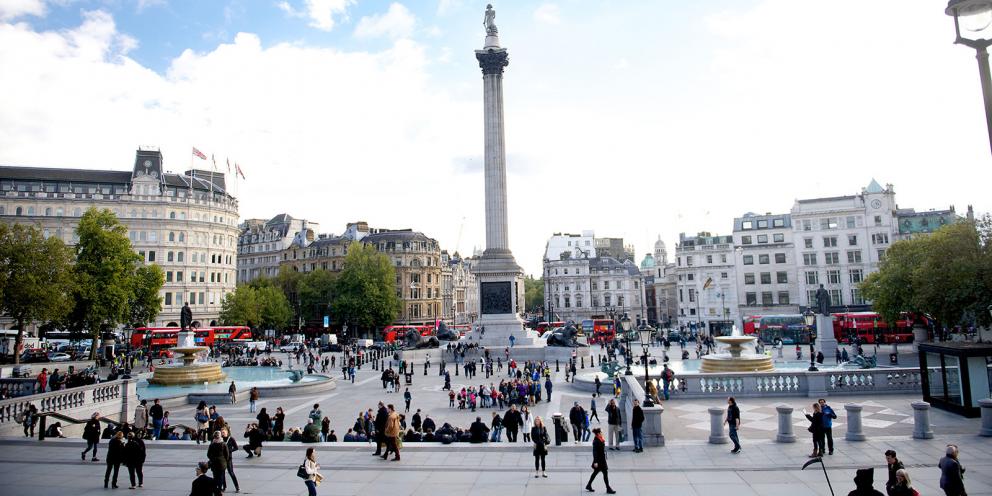 Start at Trafalgar Square at the top of the steps outside the National Gallery (Rocky style shadow boxing optional). Cross the square and head down Whitehall. Wave to the Prime Minister as you pass 10 Downing Street. You’ll see Big Ben (the clock tower of the Palace of Westminster) and the Houses of Parliament in front of you.

Take a left and cross Westminster Bridge. Before the end of the bridge, take the stairs on the left down to the river and towards the London Eye.

Follow the South Bank for 2.4 miles to Tower Bridge. You will pass the brutalist trio of the Royal Festival Hall, Southbank Centre and National Theatre.

At the Millennium Bridge (aka the Wobbly Bridge) is the Tate Modern Art Gallery based in the former power station, Shakespeare’s Globe Theatre and the terminating vista of St Paul’s Cathedral.

Between Southwark Bridge and London Bridge, you will need to leave the riverside for 0.4 miles or 600m. At The Anchor Pub take a right then a left into a brick archway along Clink Street. At the Golden Hinde (a replica of Sir Francis Drake’s ship) take a right onto Cathedral Street, then a left onto Montague Close past Southwark Cathedral. Pass under London Bridge, after 100m turn left at the signpost to take you back to the river following the river to Tower Bridge.

London Bridge does offer great views of Tower Bridge (don’t get the bridges mixed up). Take the stairs up to the bridge for pictures.

Tower Bridge and Tower of London

At Tower Bridge, take the first set of steps up and stay a left side of the bridge as you cross. Cross the bridge and follow the road taking an anti-clockwise loop of the Tower of London.

Turn right onto Lower Thames Street, pass Custom House and follow the signs back to the north side of the river. Follow the river and pass under London Bridge. Continue through Steelyard Passage (under Cannon Street Rail Bridge) and up the stairs to Southwark Bridge.

Back to Millennium Bridge

Take the stairs back down to the north side of the river, turn right and follow the river for 1.2 miles. Run under the Hungerford and Golden Jubilee Bridges, turn right, crossing the road and head up Northumberland Avenue back to Trafalgar Square. 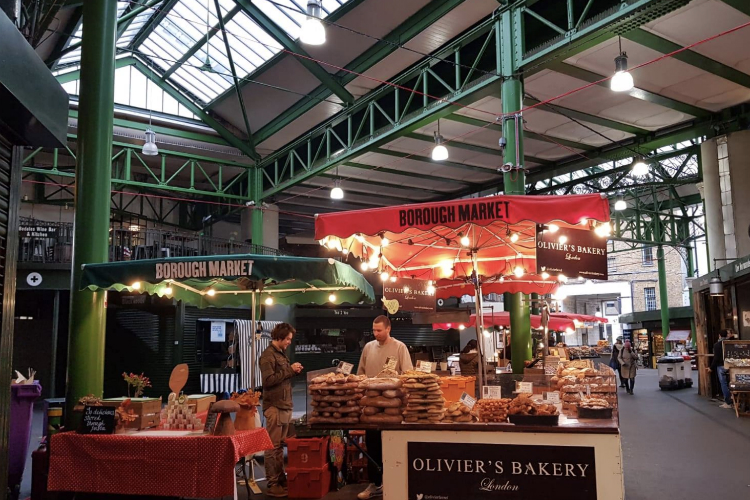 The route starts and finishes at Trafalgar Square, but can be started and finished anywhere on the route. If you want to finish your run with a coffee and a bit of breakfast then finish up near London Bridge and go to Borough Market LINK, one of the largest and oldest food markets in London. Don’t forget to take your debit or credit card.

The route is accessible at all times, but as noted above can be very busy during the day.

Getting There – to Trafalgar Square