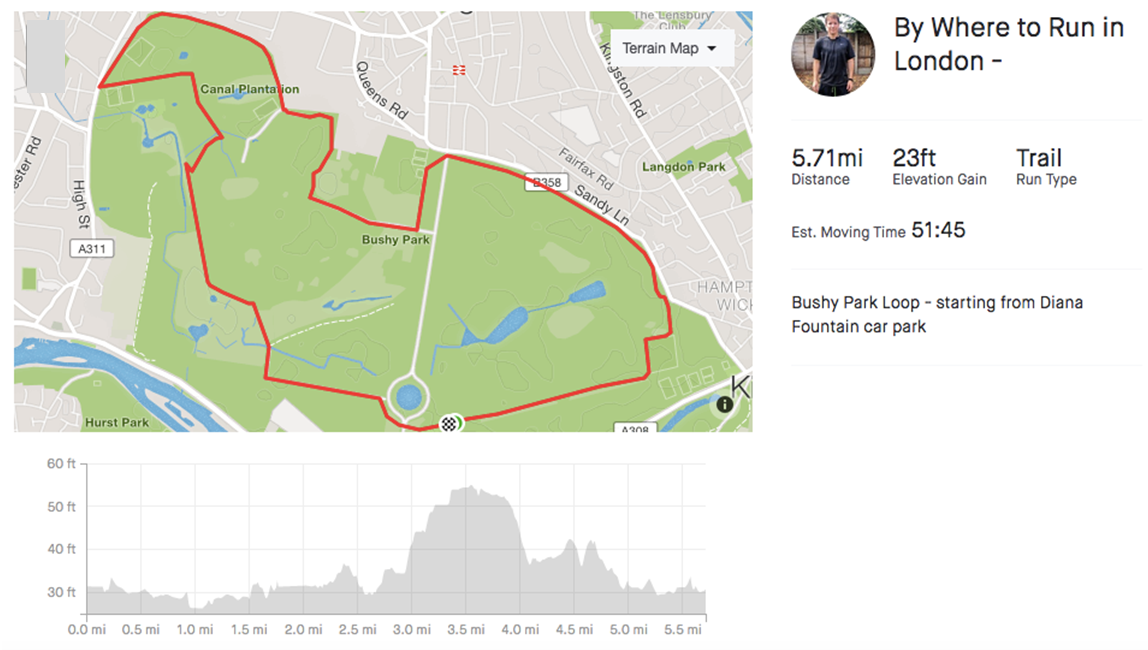 Bushy Park was originally the hunting grounds for Hampton Court Palace (which is just across the road and home of Henry VIII) and is now famous in running circles for the birthplace of parkrun.

The 4 mile loop around the park takes in lakes, artificial waterways, avenues of Chestnut trees (Chestnut Avenue), beautiful fountains depicting Diana, goddess of the hunt and Red and Fallow deer that roam freely around the park. Please don’t approach or feed the deer. 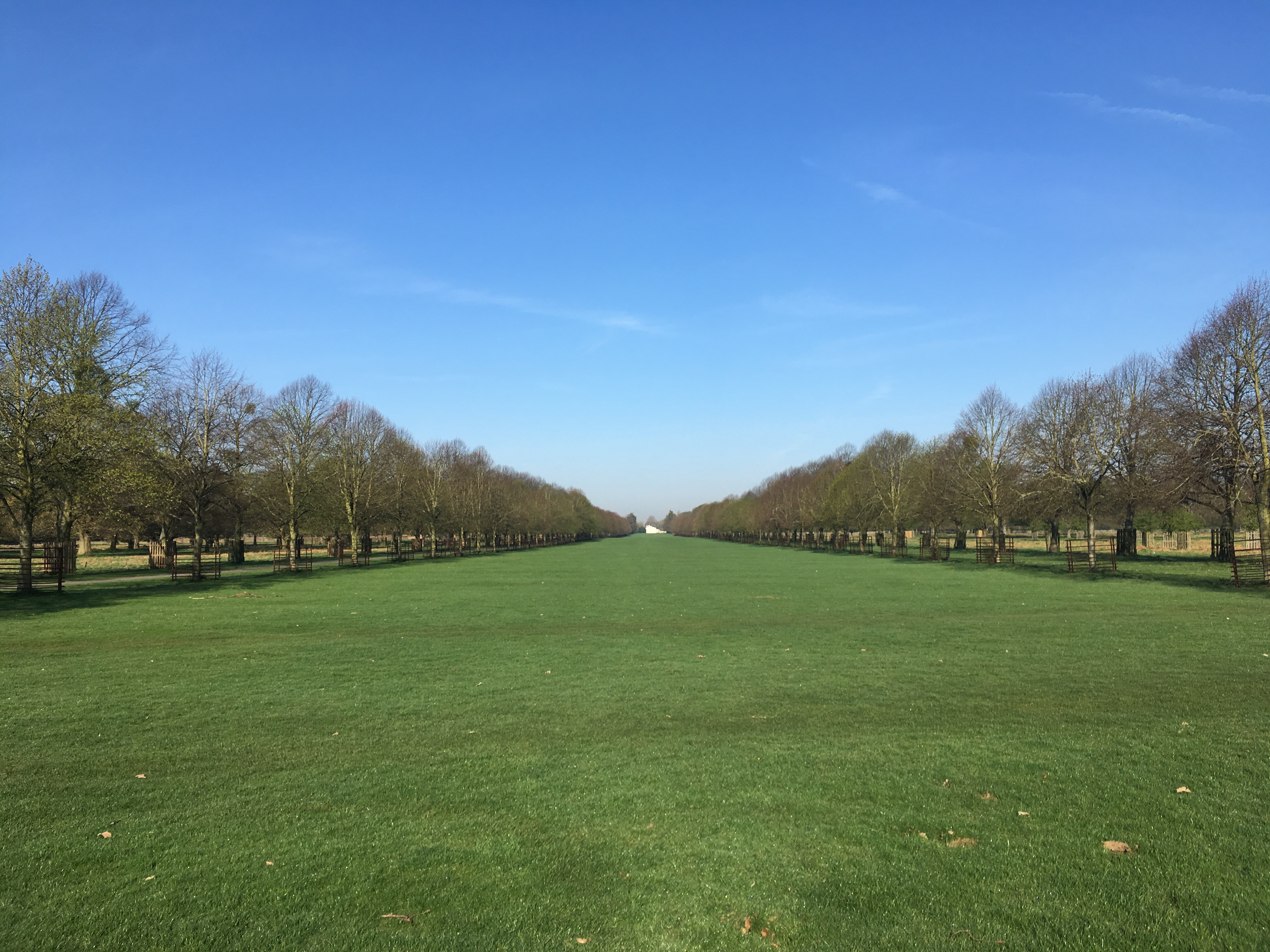 From the Diana Fountain car park head toward the public toilets and children’s playground and then take a left or right and follow the edge of the park. The same can be done via any of the gates.

Your run can be extended by to include Home Park, the much quieter grounds of Hampton Court Palace which is across the road, or take in the meanders of the River Thames from Hampton Court to Kingston.

There are cafes and toilets (with water fountains) located at the Diana car park and the Peasantry Café.

Bushy Park was the birthplace of parkrun. Parkrun is a free 5km run that takes place every Saturday at 9 am and attracts up to 1000 runners in the park. The start is near the Diana fountain car park. It has become a pilgrimage for parkrunners to come to run Bushy Park. Often there are whole teams of out of town runners all sporting their club vest.

Please note – the car parks get very busy. If you turn up after 8.30 the chances are you will not be able to park. Where possible, try to use public transport. 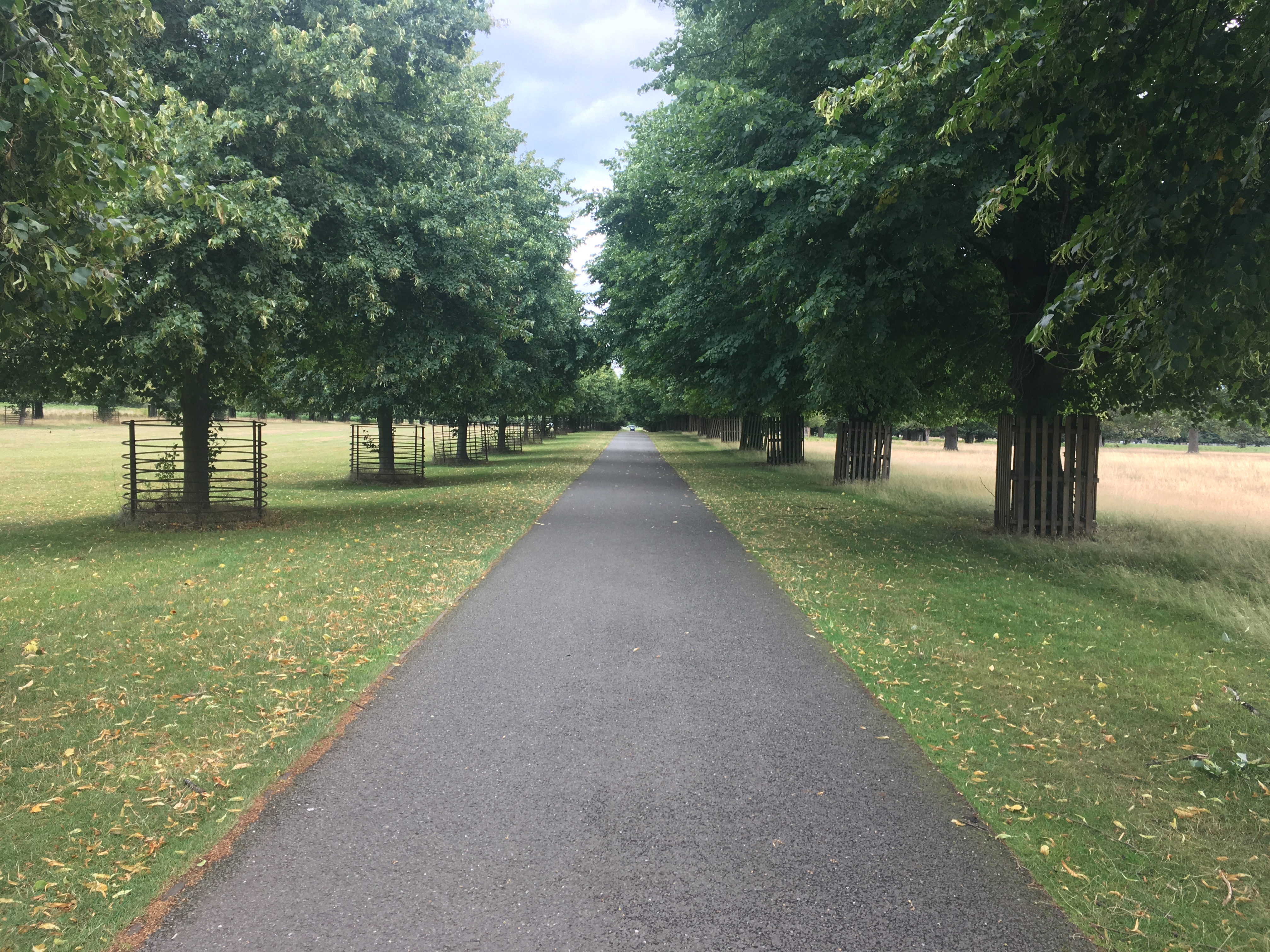 Pedestrian gates in Bushy Park are open 24 hours, except during the deer cull (September and November) when pedestrian gates open at 8:00 am and close at 10:30 pm, Monday – Friday.

Vehicle gates are open from 6:30 am and close at dusk

There are four car parks within Bushy Park, however, the one near the Diana fountain is the largest and easiest to find. 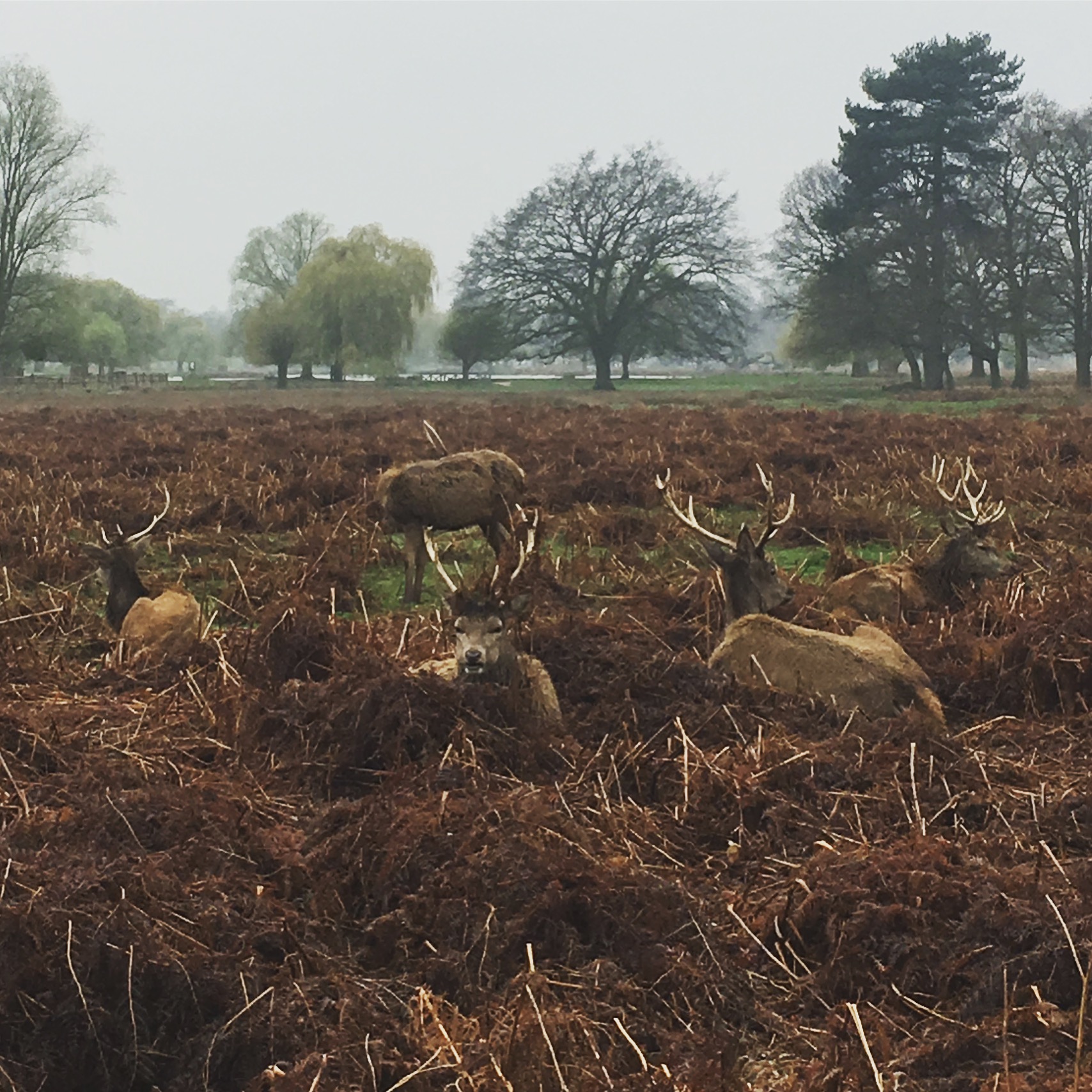 0.5 miles from the train station to Hampton Gate

0.3 miles from the train station to Teddington Gate