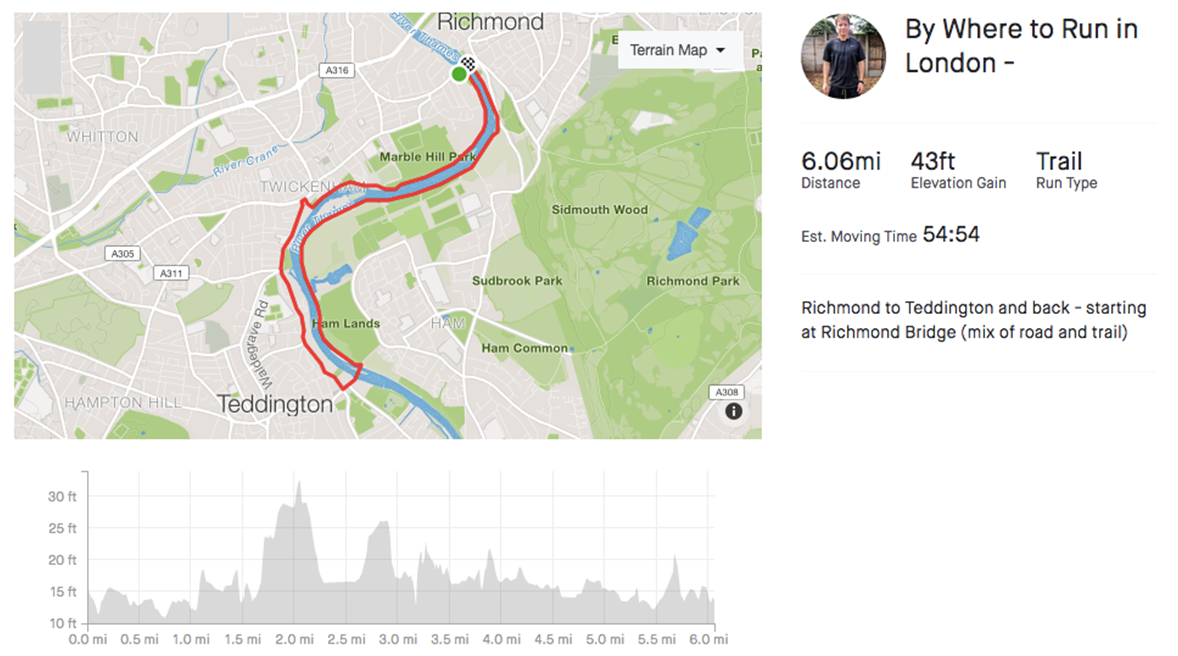 This route is a great opportunity to enjoy some the plush suburbs and parks of South West London and run part of the more rural Thames. 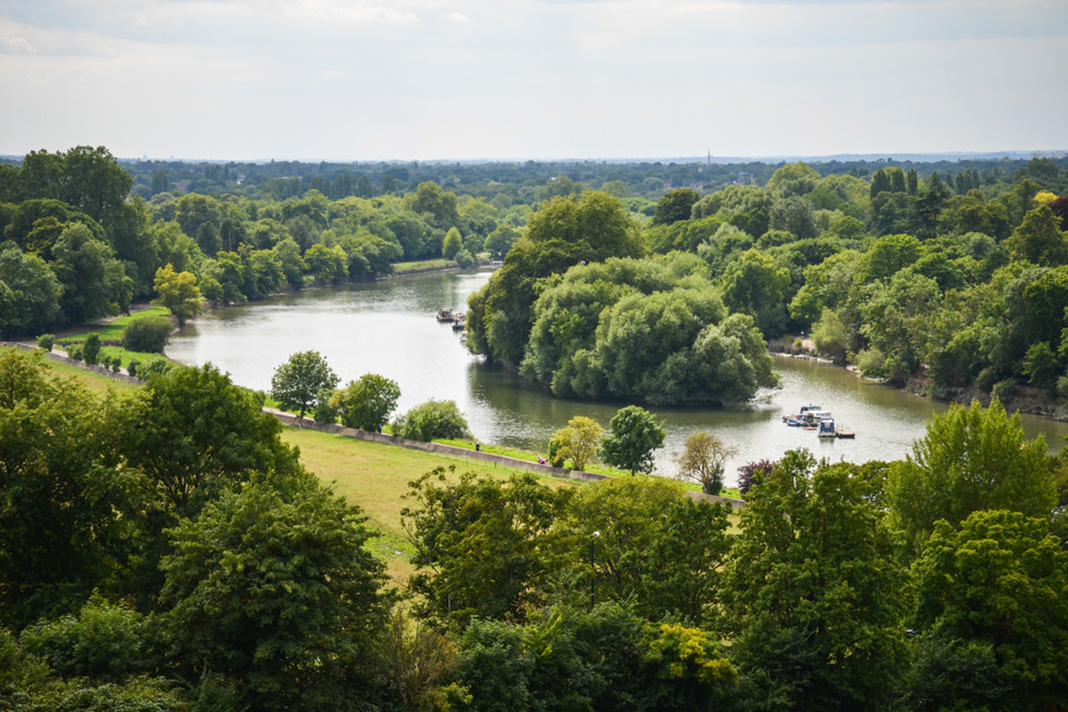 The route starts and ends at Richmond Bridge the 18th-century stone arch bridge that crosses the River Thames at Richmond.

The first part follows the north side (or Middlesex/Twickenham side) of the River Thames through Marble Hill Park for a mile. In the centre of Marble Hill Park is Marble Hill House, (built 1724–29) the last complete survivor of the elegant villas, which bordered the Thames.

At the end of Marble Hill Park, the footpath along the Thames ends and the route follows a walled road called Riverside for 0.3 miles that pops you back out on the river. Follow the river for 0.2 miles and when you can go no further, turn left up Wharf Lane.

Unfortunately, this drops you into Twickenham, but only for a very short time. When you reach the main road, turn left and then left again at the traffic lights.

Regrettably, the next section is through an urban area (a nice urban area) and therefore tarmac, but is the only way to make the route a loop.

Stay on the left-hand side of the road from 1.3 miles until you come to road crossroad with traffic lights. Turn left and within 50m you will see the River Thames again. On crossing the Teddington Lock footbridge, you will see to your right, Teddington Lock, which marks the tidal limit of the river and was first built in 1810.

Turn left off the footbridge and follow the path for 3 miles along the river back to Richmond Bridge. The path can be muddy after wet weather but has improved recently following resurfacing.

As you get closer to Richmond The Royal Star and Garter Home will come into view. An impressive building on the top of Richmond Hill, which was a former serviceman hospital and has since been turned in to luxury flats.

If the tide is high, some of the route may be flooded and you will need to take a detour through Petersham Meadows (its signposted) where you make come across some cows.

If you’re feeling strong you could the indirect route up the footpath (it’s steep) to Richmond Hill. This renowned hill offers the only view in England to be protected by an Act of Parliament passed in 1902 to protect the land on and below Richmond Hill and preserve the view. Otherwise, carry on back to Richmond Bridge.

Richmond offers plenty of eateries and coffee shops to provide some sustenance following your run or meet family and friends for breakfast. Or every a cheeky beer, if running in the evening is your thing.

This route can be easily extended by adding part (or all!) of the Richmond Park route.

The route is opened at all times, as it’s public paths and roads. However, there is no to very limited lighting along the river section and should be avoided after dark.

There is limited parking in Richmond as much is resident parking. Public transport is the best option.

Teddington – The route can also be completed from Teddington

0.7 miles from the train station to Teddington Lock