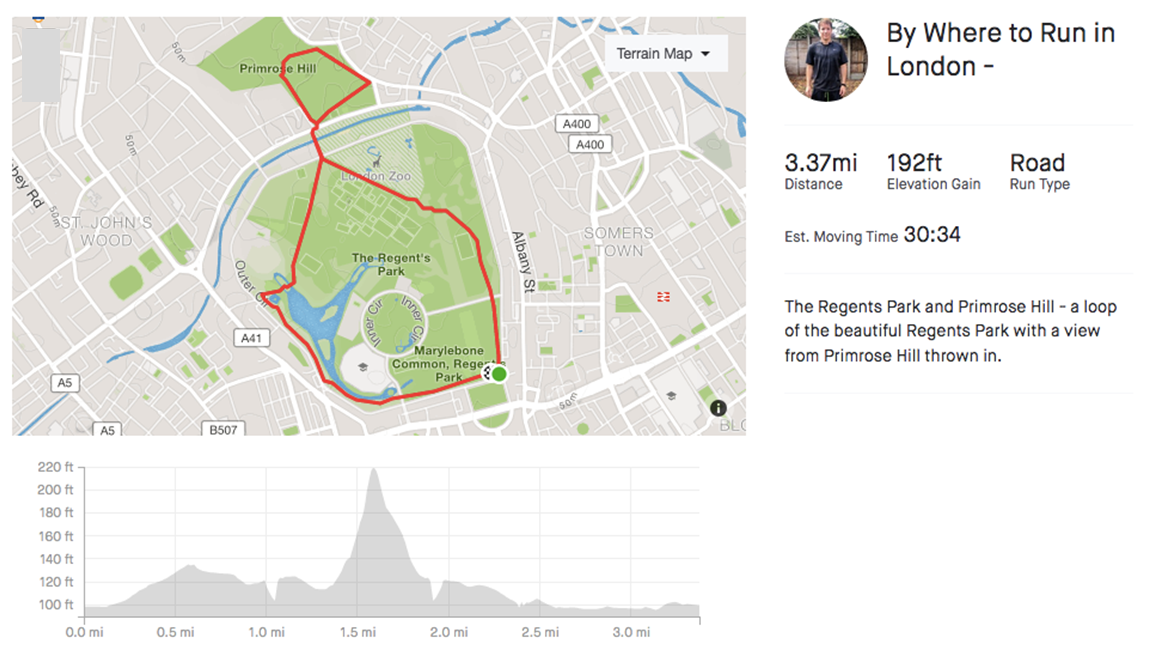 Regent’s Park is one of London’s most popular open spaces, covering 410 acres in north-west London. Originally a hunting ground for Henry VIII and only became open to the public in 1845. Including Primrose Hill into the run adds a short sharp hill to a flat circuit. 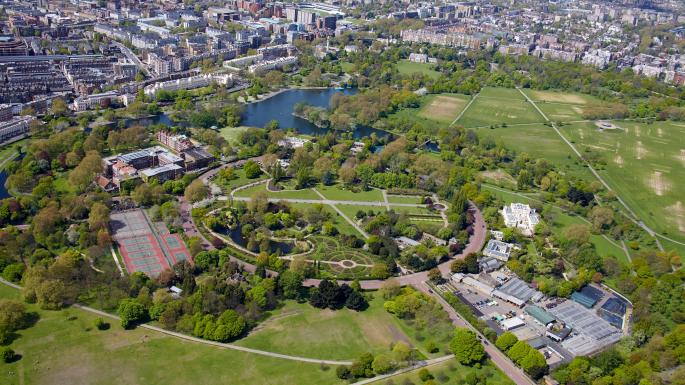 The route starts at the junction of Park Crescent and the Outer Circle in the south east corner of the park. This is close to three London Underground stations, Regents Park Station, Great Portland Street and Warren Street.

In the park follow the footpath tracking the edge of the park in an anti clockwise direction for 0.6 miles and when you get to the drinking foundain bear to the left of London Zoo. Once you reach the Outer Circle, head out of the park and across the Regents Canal and the Prince Albert Road into Primrose Hill. 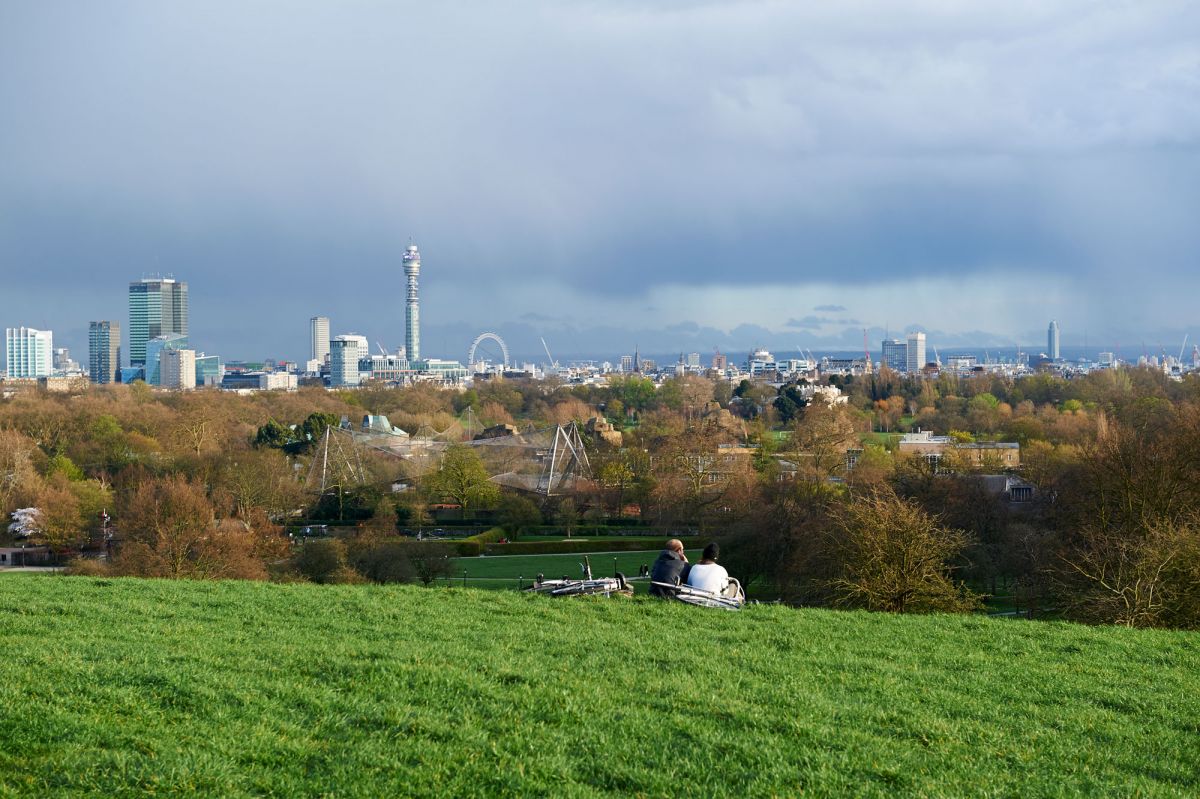 Turn right and follows the path anti clockwise and then head up Primrose Hill. Grab yourself a photo of one of London’s best panoramas. Head down and back to the road crossing and into Regents Park.

Keep right heading towards the lake and keeping the lake on your left and head back to where you started.

Pedestrian gates into the park are open from 5am all year round. Closing times vary depending on the season. For times click here.

The Regent’s Park and Primrose Hill are highly accessible by public transport.

Regent’s Park has several playgrounds, including one at Hanover Gate with a tree house area.

Coffee and food is available at the Regent’s Bar & Kitchen, The Broad Walk Café, The Espresso Bar, The Boathouse Café and The Hub Café. The Hub also provides changing rooms that are open 08:30 – 21:00.