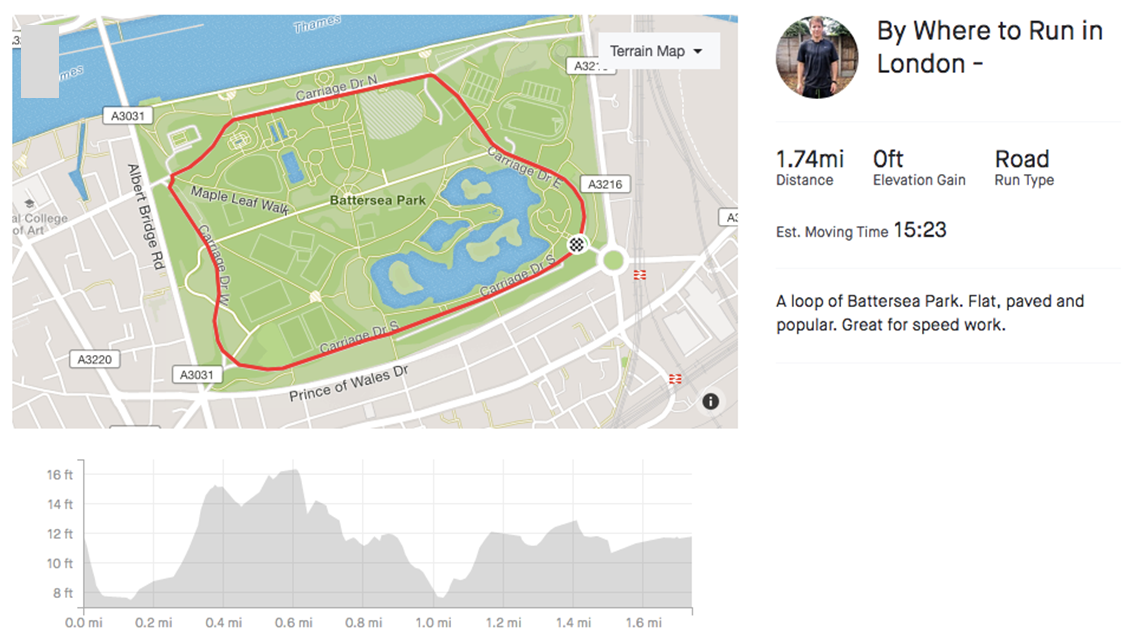 A popular running spot in South London bordering the River Thames. The park occupies marshland reclaimed from the Thames and land formerly used for market gardens. The paved Carriage Drive loop is a great spot for a bit of speed work or as a destination to head to from Central London. 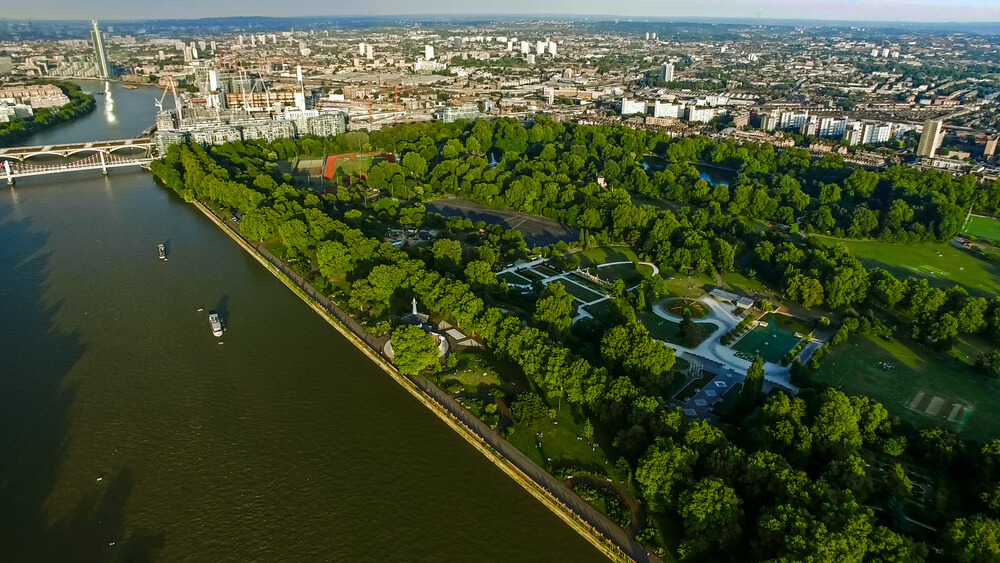 The park can be accessed via Albert Bridge Road, Prince of Wales Drive or Queenstown Road. The Strava route starts at the gate near Queens Circus close to Battersea Park station. Take your preferred direction and follow the Carriage Drive around the park.

Public toilets (no charge) are located near the bandstand in the middle of the park.

Battersea Park opens at 8 am and closes at dusk.

The nearest station is Battersea Park that is on the London Overground line and Southern railway line and a few hundred metres from the Rosary Gate.

Clapham Junction station is 1 mile from the south-west corner of the park.

There is limited parking in the park via the Rosary, Chelsea gates and the Albert Bridge Road. Charges are £2.70 an hour.

Pear Tree Café near the boating lake serves breakfast, lunch, coffee, tea, wine and beer. The best place within the park to get some sustenance.

The Pier Point Café and The Tea Terrace Kiosk sell coffee, ice cream and cake but have some poor reviews.

There are plenty of coffee shops, pubs and eateries in Battersea and across the river in Chelsea.

Battersea Park has a few other attractions –