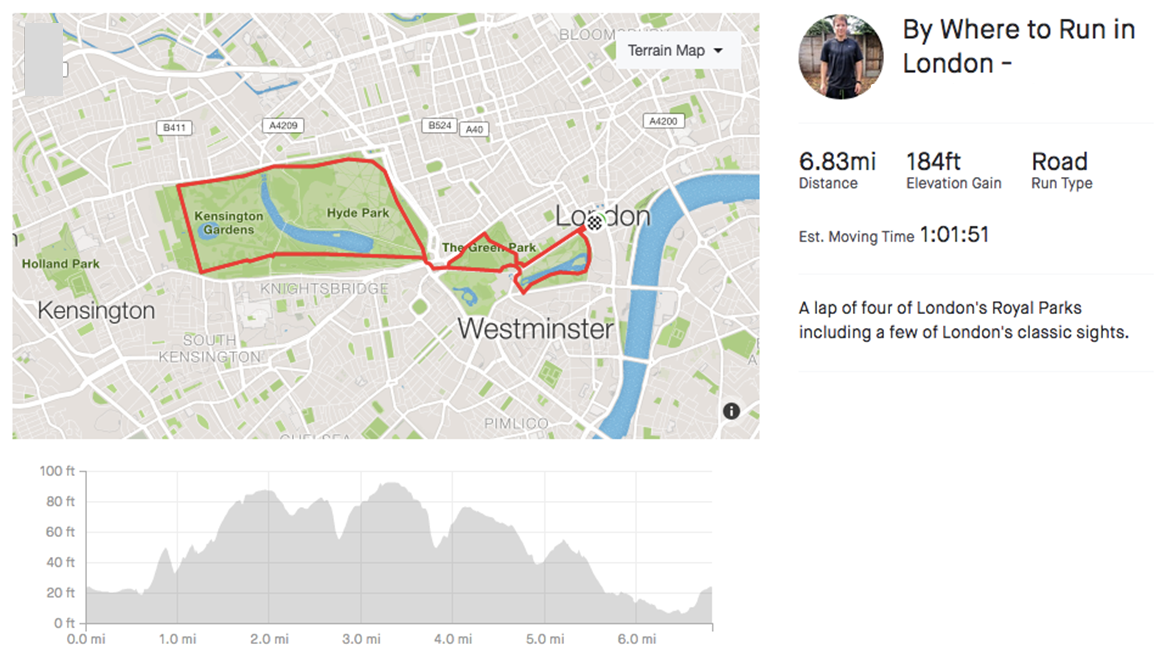 London is made of 40% public green space. This route takes in four of London’s fantastic Royal Parks and also allows a little sightseeing including The Mall and Buckingham Palace.

This route starts the Admiralty Arch which is the gate between Trafalgar Square and The Mall, but you can pick it up on any part of the route.

Head off down The Mall (its traffic-free on Saturdays, Sundays and public holidays) towards Buckingham Palace. When you get to the Victoria Memorial turn left into Green Park and go around the park to Hyde Park Corner.

Head back to Green Park, along Constitution Hill past Buckingham palace into St James Park and keep to the right of the lake through the park tracking Birdcage Walk and Horse Guards Parade back to The Mall where you started.

The four parks are open between 5 am and midnight. It’s recommended not to run in the park when it’s dark for safety reasons.

Getting there – Public Transport – to Trafalgar Square

The parks are surrounded by a number of cafes; however, there are cafes in the parks to get a coffee and a bite to eat.